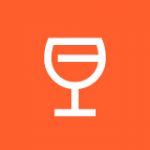 A National Historic Landmark, Glessner House was designed by noted American architect Henry Hobson Richardson and completed in 1887. It remains an internationally-known architectural treasure in Chicago. A radical departure from traditional Victorian architecture, the structure served as an inspiration to architects such as Louis Sullivan, Mies van der Rohe, and the young Frank Lloyd Wright and helped redefine domestic architecture.

Is this your business?

Claim listing is the best way to manage and protect your business.